MATCH UPDATES: England almost out of World Cup after losing (2-1) to Uruguay 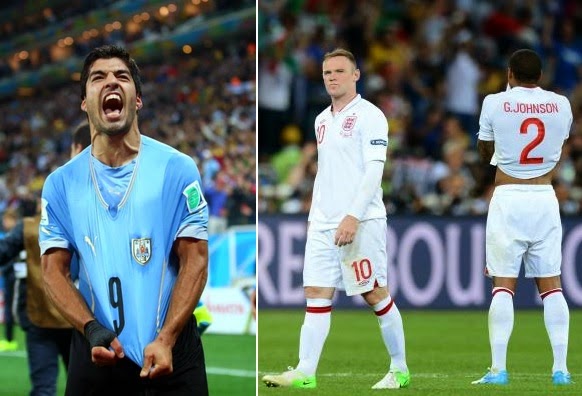 England World Cup hope is now hanging on a thread after they lost (2-1) to Uruguay on Thursday night.

Ivory Coast on the other side lost  (2 goals to 1) to Colombia, while Greece held Japan to a goalless draw with one man down.